In addition, you will find a treasure trove of guidance and reflections on the “how to’s” of oral history research from these experienced researchers.

The team of three women who conducted the Getting Word oral history research not only shared their stories of the project and its aftermath. They also responded to the question: “What guidance would you offer to people working on their own family oral histories?” The Tips that accompanied the two previous parts of this post and some additional advice and guidelines below are their responses.

Who the Researchers Are: To put their advice in context, here is some background information about each researcher.

Lucia (Cinder) Stanton: Following graduation from Harvard University, Ms. Stanton spent most of her career as an historian at Monticello. As a result, she is widely known as an expert on Thomas Jefferson’s personal life and the lives of his enslaved people and their descendants. She spent twenty years studying Jefferson’s financial records, editing and annotating his Memorandum Books, resulting in two volumes that are part of The Papers of Thomas Jefferson. In 1993, Stanton helped launch the Plantation Community tours. From her involvement with the Getting Word project, Ms. Stanton was able to develop the Plantation Database, accessible through the Monticello website, containing information on  600 enslaved people associated with all of Jefferson’s plantation properties.

In her book Free Some Day: The African-American Families of Monticello (2000), Stanton introduced the families she had been researching for seven years. It is included in her essay compilation, Those Who Labor for My Happiness, published in 2012, extending the story of those families through many more decades and across the country.

The most meaningful insights that Stanton took from listening to over 180 people was that the Monticello enslaved community and its descendants are heroes, heroes to their families and heroes in their communities. They have maintained strong family ties, deep commitments to their faith and to education, they have acquired and made use of skills and gifts in music, cabinetry, pastoring, catering, hospitality, and business, to name a few examples. They were never victims; they saw themselves as people with dignity and standing, people who took actions large and small to ensure their circumstances matched their vision. 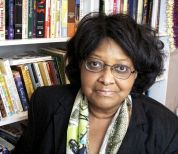 Dianne Swann-Wright: Dr. Swann-Wright received her PhD from the University of Virginia, in American History. Prior to working on the Getting Word project, she had been a historian at the Banneker-Douglass Museum in Annapolis, MD. Then she was director of multicultural programs at Eastern Mennonite University and finally, she was director of the Frederick Douglass-Isaac Myers Maritime Park in Baltimore, MD. In those positions, she had both read oral histories of enslaved people and had collected some of her own. Her research became A Way Out of Now Way: Claiming Family and Freedom in the New South. That work looks at the relations between two white landowners and their enslaved people, from a master-slave arrangement in the antebellum period onward to the early twentieth century and an employer and employee situation.

Kendra Hamilton wrote about Dr. Swann-Wright in “’Wrighting’ History’s Wrongs,” Black Issues, August 1999, stating that hiring Dr. Swann-Wright at Monticello was a clear signal of the shift in the site’s programming and interpretation. Once Swann-Wright arrived, events at the historic site intended to draw in an African American audience had credibility in the black community. 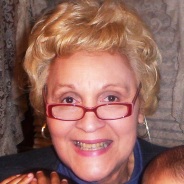 Beverly Gray: Beverly Gray has her degree from Ohio University. She is the co-founder and director of the David Nickens Heritage Center in Chillicothe, Ohio, showcasing African American history. She was an elementary, middle school, and high school teacher for more than 30 years, as well as an adjunct professor of education for Ohio University. On retiring from teaching, she was Education Specialist at the historic Adena Mansion and Gardens in Chillicothe. Ms. Gray has been a historian of the Underground Railroad and the African American experience in Ohio for decades. In 1993 she agreed to share her years of study of former Monticello slaves and their descendants as consultant to the Getting Word project.

Ms. Gray is a firm believer in using every possible scrap of documentary evidence to support and fill out the oral history. She also advocates for visiting the places where the family members being interviewed and their ancestors were born, lived and died, seeing their houses, churches, places of business, and final resting spots

Guidelines and Advice: The oral historians shared specific pieces of advice as well as interesting techniques and pieces of the personal philosophies they came to work by.

To gain people’s trust, Swann-Wright and Stanton prepared a brochure explaining the project. On the front was the picture of an African American man in a blackmithing apron, a man who looked strong and capable, far from any caricatured image. They distributed the brochure to libraries all over the country to make sure there was a single, consistent message about the project and to attract sources to come speak to them.

From Dorothy Spruill Redford, Ms. Swann-Wright got helpful suggestions for structuring the project methodology. For example, you must get people’s permission for interviewing, and you may give them access to whatever is written up, but do not let the interviewees edit or change their stories.

Ms. Gray’s practice is to do all the accompanying document and public records research: oral histories and the written record must go together.

Swann-Wright and Stanton initially hoped that they would only interview one person at a time. But they had to adapt. Occasionally, as many as five people might came to an interview, with some of them speaking and others remaining quiet for the whole time. Being together gave them confidence.

Swann-Wright also emphasized the importance of having a biracial interviewing team. When Stanton would leave the room where they were meeting with an individual or a family, someone would often ask Swann-Wright if Stanton was “OK,” on the level and respectful. Reassurance from the African American member of the team generally led to greater candor.

Stanton described the balancing act of dealing with oral histories. On one hand, the researcher must give each person’s story complete acceptance as being true for the person and the family that shared it. On the other hand, the historian must weigh a story against available documents and other stories. This process requires one to discern where a family “truth” may not be exactly an historical truth but has some deeper truth behind it, and exercise enough lateral thinking or imagination to hypothesize what the deeper truth might be. Have people or places with the same names become conflated? Is a grandparent really a great-great-grandparent? (Chronology and generations are the most likely aspects of family stories to become inaccurate over time.)

Even documented “evidence” is not always factual and reliable. Census takers see what they want to see. Midwives and undertakers misspell names or misrecord dates and birthplaces. Faced with an unexpected baby, families record half-truths or lies to protect themselves.